Showing posts from October, 2017
Show all

pregnancy round two: how things are different this time 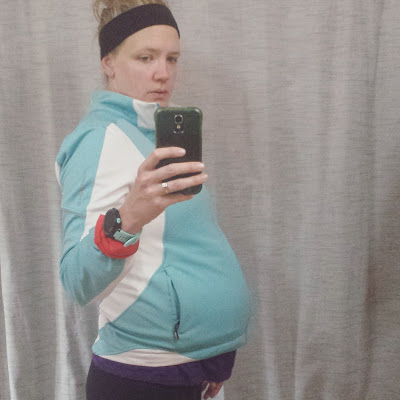 When I first found out I was pregnant with Ulla, I had grand dreams of being one of those women who had a "belly only" pregnancy,  ran up until the moment they gave birth, and only gained 25 pounds. Then I spotted around 7 weeks and became so terrified of miscarrying that I stopped running or doing really any form of exercise. Then morning sickness hit and I basically lived off of hot carbs and Taco Bell soft taco supremes. It was winter by the time I hit the second trimester, bringing snow and the holidays. We didn't own a scale and I was just trusting my body to gain whatever weight it needed to. Um, bad idea. I looked back on my prenatal visits and between Christmas and the end of January, I gained 18 pounds. EIGHTEEN. They recommend 1-1-1/2 pounds a week, so 18 pounds in 7 weeks was overkill, and what likely led to me gaining 50 pounds overall. I did become more active during the end of my pregnancy, when all I could really do was waddle, though there were so
Post a Comment
Read more
More posts