Showing posts from June, 2016
Show all

race recap: Grandma's Half Marathon (and a revival) 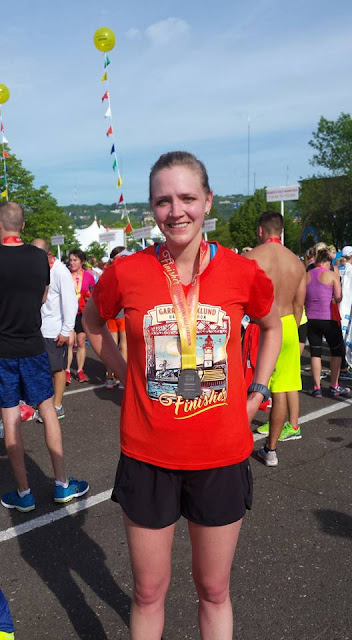 I ran Grandma's Half last week, after roughly a dozen training runs spread over two months. That's not a typo, or an understatement. My training was minimal . Going into the race, I thought I'd run around a 9:30 pace, so I was shocked when miles ticked by in the mid 8's. I was even more shocked when it stayed that way, and that I finished feeling (relatively) good in 1:51:24, an 8:31 average pace. If someone would have offered me $100k to run an 8:30 pace for 13.1 miles, I literally don't think I would've been able to do it. And yet I did. I keep thinking about this little corner of the internet, one that I've occupied for nearly six years, and how much life has changed in that period. Moves. Jobs. Marriage. Baby. Carl. But one thing hasn't changed: my love for running. Is it odd to say that I come here often and read my own posts, and that reading them feels like the greatest motivator? Is it odd to say that I feel like I have a better shot at
Read more
More posts