the past twelve days

April 22, 2014
I don't mean to disappear for weeks at a time, I really don't, especially since I know so many of you are living vicariously through me (that's sarcasm, btw).  But you know, life.

On Wednesday last week John and I left for a trade show down in Nashville. I haven't been down there since I was a teenager, and was looking forward to spending a little QT with the hubs, even though we were working. (Side note for those people reading who are not related to me: John and I work for the same company.)  After one of the easiest set-ups in Trade Show History, we enjoyed a 3 mile round-trip walk to the AT&T store to fix my ailing phone, and on the way back to our hotel, stopped at a little place called Coffee, Lunch where I had the best salad of my life. 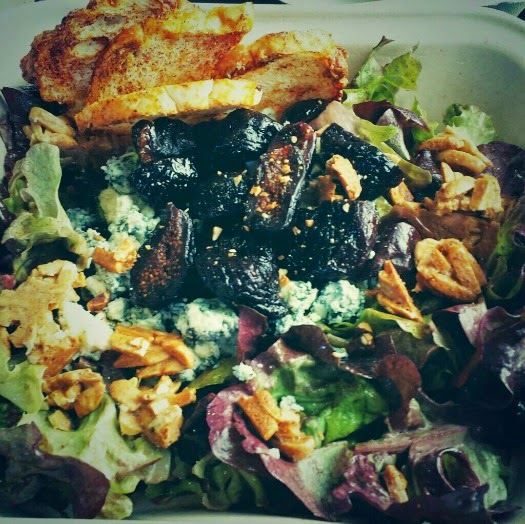 Per their menu, it's arugula, figs, blue cheese, and spiced pecans, with balsamic vinaigrette and house-made crostini. So, so, so good.

John had done some restaurant research prior to us leaving for Nashville, so he had a few places in mind for dinner. However, given the heavenly meal I just ate, I used my social media powers for good and reached out to the chef at Coffee, Lunch for dinner recommendations.

After a run on the hotel treadmill, and some menu scouting, we settled for a late reservation at Lockeland Table. I had the fish special, John had pork, and that's banana bread pudding in the lower left corner, in case you were wondering. We left full and happy. Good food is so worth it.

After being on our feet all day for the trade show, we didn't make it out to any of Nashville's tourist destinations, but the evidence of Music City was all around. Exhibit A: We walked by this mural every day on our way to the trade show. 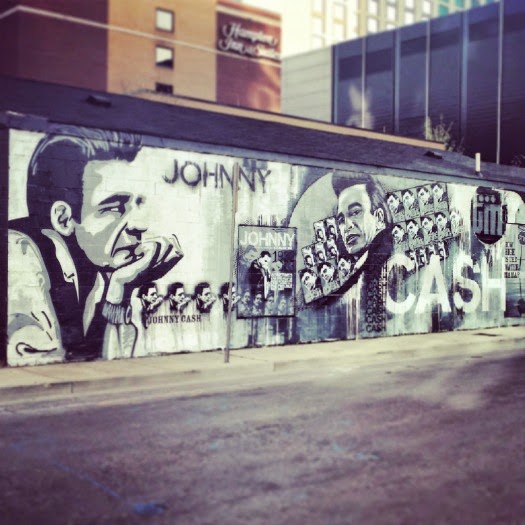 Even though it was for work, I'm still totally counting this trip as "travel", which is something I wanted to do a lot of this year while we're childless (don't worry, mom, we're working on it). Next up is Chicago in June, but hopefully we'll squeeze something in over Memorial Day weekend. Suggestions?