March 25, 2014
I briefly mentioned here that the reason John and I had such a short engagement was that my sister Juli was leaving for Air Force Basic Training on January 7. Our choices were to get married before she left, or wait until she was in tech school (but even then, time off wouldn't be guaranteed). Since she was the only person I wanted next to me (you know, expect for John), we opted for a January 4th wedding. 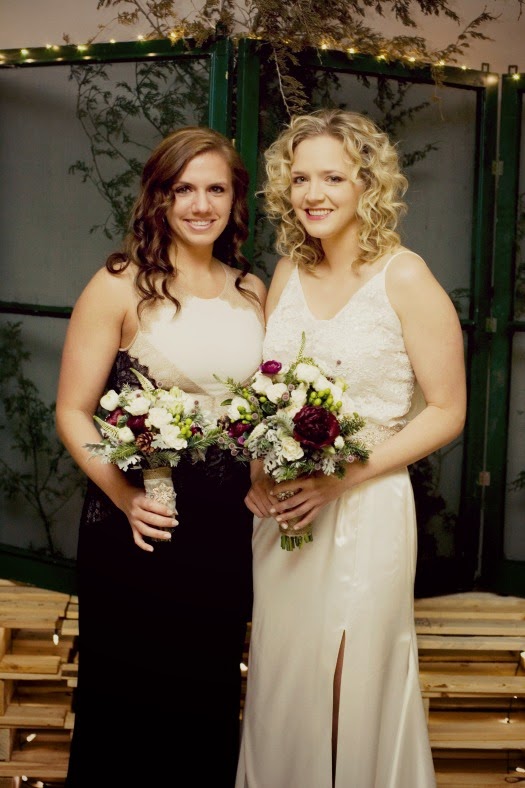 So, after 10 weeks of not being able to see or talk to my sister (she did get to call a few times, and I wrote her almost every day), this past weekend we went down to watch her go from Trainee to Airman.

John and I flew down to San Antonio on Wednesday evening, along with my mom and step-dad, my Opa and his wife, and my dad and three of his kids.

Graduation is a few days of ceremonies and rituals, starting with the Airman's Run on Thursday morning. This was the first time we got to see Juli, and it was literally her running by us.

After waiting nearly three hours, the Coin Ceremony started, which is when all the Trainees receive their Airman Coin, and make their official transition from Trainee to Airman. We got to see Juli immediately after, and everyone was a crying mess. 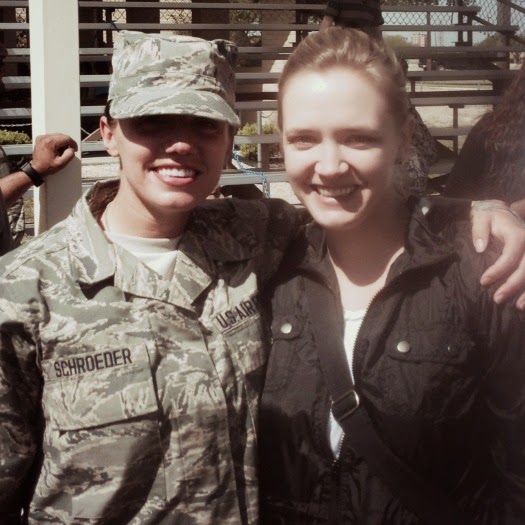 Juli wasn't able to leave the base at all on Thursday, so we made the most of our time there.


After her graduation ceremony on Friday, she was allowed to leave base, and we spent most of our time a) eating (apparently AF food isn't that great), b) exploring the San Antonio Riverwalk, and c) relaxing at the hotel. 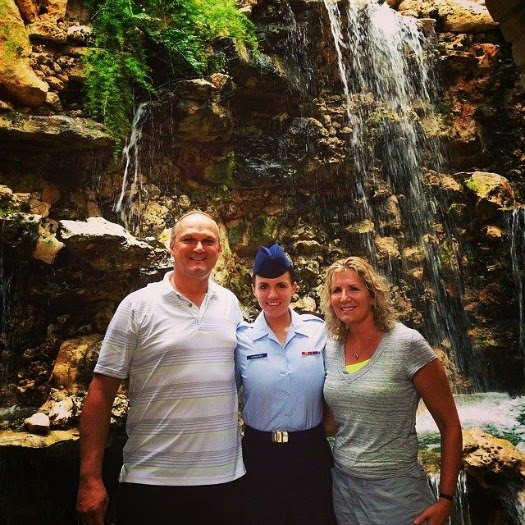 She had to wear her fancy blue uniform while we were out and about, and couldn't do things like wear sunglasses, eat and walk at the same time, or talk on a cell phone while walking. So many rules! Despite their strict code of conduct, Juli loves it. (I am convinced I would not make it in the military.)

Now she's off to her tech school for the next few months, still out of state, but now she's able to have her cell phone. At least we'll get to talk more often.

I'm so proud of her, and really excited for this next stage in her life. Congratulations Airman Schroeder!
family