In addition to the wedding, I'm planning for the eventual combining of My Things and His Things to make Our Things, so my thoughts (and Pinterest boards) are mostly consumed with home decorating and organization.

We took engagement pictures over the weekend. I'm not sure when engagement sessions became a real thing, especially since we have no intention of doing a newspaper announcement or anything of the sort. We mostly took them because we have almost no photos of us as a couple (because we both hate having our picture taken). And John hates smiling in pictures. (I, too, agree that this is among the worst things.) Anyway, while we did do some staged shots, my favorites would fall into the "outtake" category. Here's our attempt at creating the cliched piggyback shot, except with John on my back, because I wanted a leg workout. 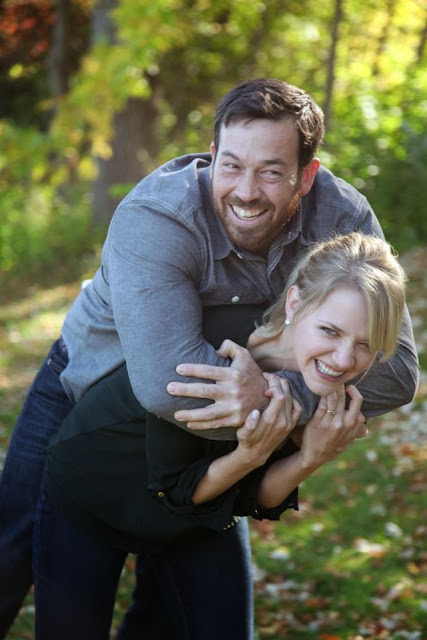