May 06, 2013
I was told on Friday that I've been sucking at blogging lately (coughJuliecough) and yes, that's probably true. However, I spent the better half of last week sans voice due to my cold (the one from last weekend) becoming much, much worse, so laying low was my primary goal. As such, I didn't do anything blog worthy. (I suppose the argument could be made that I don't ever do anything blog worthy, but you're here reading so...)

May 1 marked the end of my self-inflicted sobriety but I didn't make my liver work until dinner on May 2 when I went to the new Burch Steak and Pizza with Colleen. Full report to follow.

On Saturday I went to a Kentucky Derby party and won $190 on a random bet, so I'm going to consider that a major high point of my weekend.

Sunday was also exciting: I went to Circus Juventas, which is the largest youth performing arts circus in the country. They had their spring show and it was pretty incredible. Think Cirque du Soleil with kids. And to think I only played t-ball growing up... 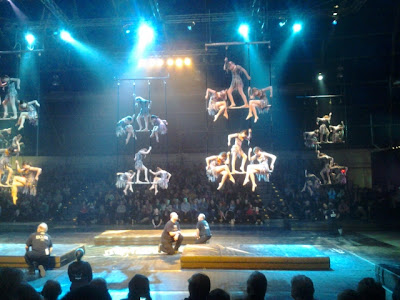 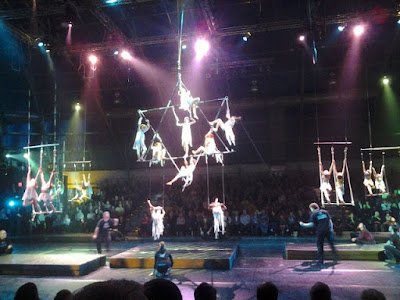 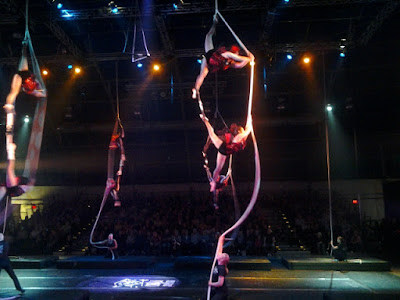 After the circus, I went on my long run in the most perfect weather. It was glorious. However, my weekend lowpoint came when I discovered my Garmin is on its last leg. It died about twenty minutes after a 70 minute run, having been fully charged beforehand.

In other news, I'm officially in a love/hate relationship with my bangs. And my apartment. What is it about spring that makes me crave change?