Showing posts from January, 2013
Show all

sometimes tuesdays are worse than mondays

Mondays get a bum rap but sometimes Tuesdays can be equally demoralizing. If that's the case for you today, here's a video to cheer you up. It demonstrates what would happen if men and women switched roles at the gym . I'm dying to go up to John and pull the move around :36. I'm sure he'd love it.
1 comment
Read more

three (and a half) things 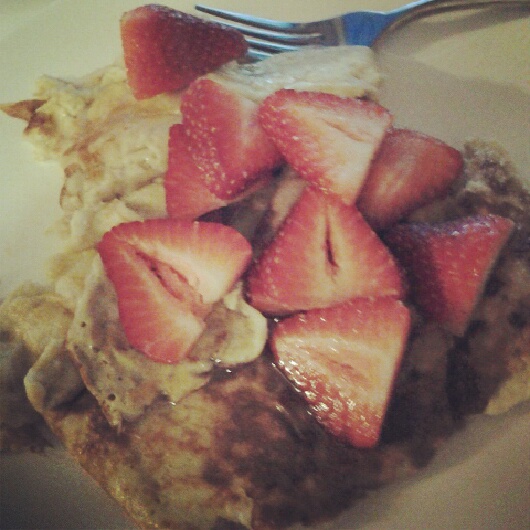 It's Thursday! I'm not sure which blogger started Three Things Thursday but I'm going to borrow the format in order to keep this post short, since I'm writing before work.  1. My mom brought me some "natural" (unprocessed, maybe?) honey and I've been putting it on everything. On sweet potatoes. In tea. And this morning, on a two-ingredient pancake with strawberries. if you followed me on instagram, you'd have already seen this 2. This past weekend I played the Cat Facts prank on the BF, who was not amused that he had been "signed up" for something like that. I swore up and down that I had nothing to do with it and then was outed by Colleen at my bday dinner on Tuesday night. Yesterday I began to receive "John Facts" in retaliation but I'm loving it!  the original Cat Facts prank ( source )   this went on for quite a while  3. Tonight I'm going with my grandpa to a support group for Alzheime
Post a Comment
Read more 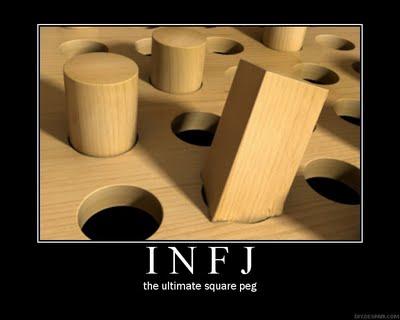 I've been sick for the past week with the Cold to End All Colds (or the flu?). By Saturday, I was getting desperate for anything to kill some time. Happily, I found a link to a personality test on E Tells Tales and spent five minutes answering seventy-two questions. The results: I have the INFJ personality type. It's one of the rarest types, with only one to three percent of the population exhibiting these traits. (I would like to make a joke about how this means I'm more awesome than most of you but mostly it means I'm more likely to be a martyr.) Really, though, reading the description is a little like reading my diary.  Spot. On.  Take it and tell me what you think. ( source )
1 comment
Read more

If you found someone's iPod sitting in the gym locker room, would you turn it in to Lost & Found or keep it? If you're the person that picked up my iPod, your answer is the latter. I left my iPod there a few weeks ago and have been asking LA Fitness every few days if it's been turned it in, hoping that someone has an attack of conscience. No such luck.  I only use my iPod when I'm at the gym and it's more to discourage anyone from thinking it's okay to "socialize" with me but I still liked the distraction of music. I'm too cheap to buy another one (the last one was a gift). Anyway, here's what I would be adding to the mix: This song gets me excited to run.  This one gets me through push-ups. This dude gets his cardio kicks by dancing up a storm. And a quiet one, for a cooldown or stretching. What new songs are you into?
1 comment
Read more

peace of the wild 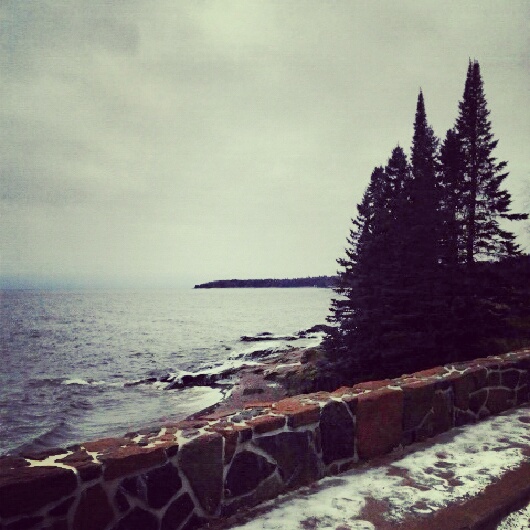 The Lutsen Christmas tradition continues (and I mean that two ways: we went up there again and I'm posting pictures from it way late). It's seriously my favorite place on earth.
Post a Comment
Read more 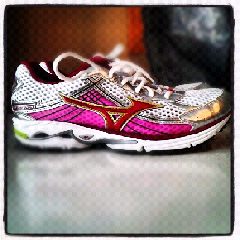 I lied about not having goals for 2013. It wasn’t a lie when I said that I’m in a much different place than I was 12 months ago. I’m truly content with my life. I have a great job, a great apartment, a great family, great friends and (gasp!) a great boyfriend. I feel like I‘ve found a balance. hey old friends The part that remains unbalanced, though, is my relationship with running. My training log for the past twelve months can only be described as consistently inconsistent . It shows several weeks where I would run regularly before getting injured and taking a break. Most of those breaks were complete breaks (i.e. no workouts whatsoever) meaning I would lose what little fitness I had gained. It's the epitome of the phrase one step forward, two steps back. Now, in January 2013, I find myself basically starting over. Sure, I could still crank out 8 miles without dying but it wouldn’t be easy or fun. I want running to be easy and fun again. And then I want to mak
1 comment
Read more
More posts