October 02, 2012
This past weekend I went to Illinois for my cousin Emily's wedding. My entire family (mom's side) was going to be out there, which is rare, given that we live all over the country now.

My brother Andrew and I decided to drive together and we took off on Thursday morning. He was pretty excited at the prospect of spending so much quality time with me. 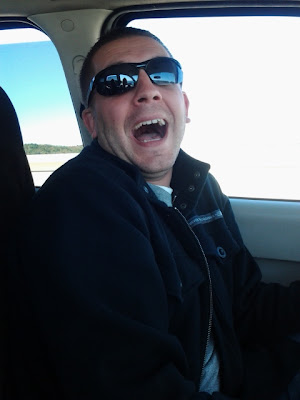 Given that that was the view to my left, I kept my eyes out my window. Luckily the scenery was gorgeous. I love fall! 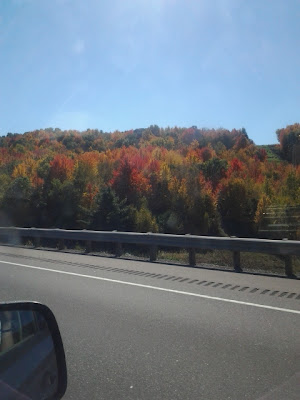 Once we got to our hotel (hate Chicago traffic, btw. And tollbooths? The worst!) we met my aunt, uncle and cousins for dinner. They had picked up my sister from the airport so the three of us were reunited for the first time in a few months.

On Friday morning my brother and I got up and went for a run around St. Charles. I firmly believe that any town, no matter how small, should have running trails. St. Charles didn't disappoint. (I left my camera at home so no pictures.)

After we got back from running, I made Andrew try on his suit that he was planning on wearing for the wedding. I quickly vetoed it and took him to the mall across the street from our hotel and left him in a men's clothing store before he could protest.

The wedding was gorgeous and my cousin Emily was glowing. I stole this one off her Facebook page.

After the wedding, our entire family (all 30+ of us) gathered back in the church for a group shot. While waiting, Andrew, Juli and I posed a little on our own.


Before the reception we joked that we would get put in the corner because we were the black sheep of the family. (Seriously, we're the oldest cousins and all of us are dead single.) Sure enough...

Thankfully the wedding had free beer and wine. Andrew and I didn't waste much time getting into that, which was pretty evident when Andrew booty-dropped while dancing with my mom.

I don't think I stopped dancing (though there was no booty-dropping...yet.) and was a sweaty mess. The reception ended early and Juli drove Andrew and I back to the hotel. Almost. Andrew had the idea to stop for "just one more" and we swung into this little bar in St. Charles. About halfway through our drinks, half the bridal party walked in and long story short, we didn't end up leaving until bar close.

Unfortunately there was no sleeping in on Saturday, as all of us were trekking into the city for a boat tour of Chicago, followed by lunch. It was such a great way to see the city. If you've never done it, I highly recommend it. We couldn't have had better weather for it. 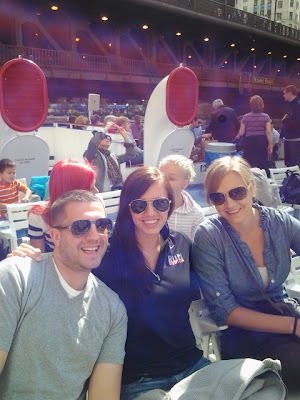 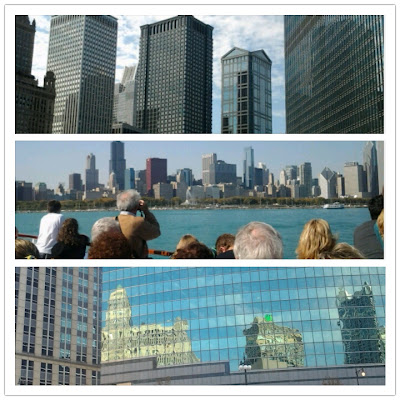 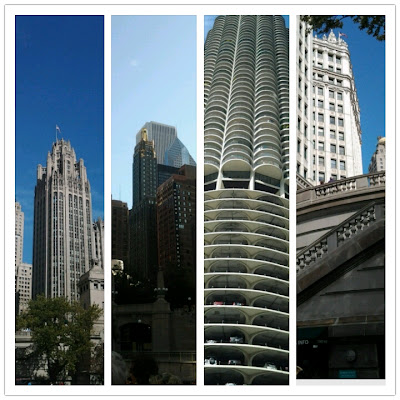 I got a little bored during the transition from river to lake and tried to fish braid Juli's hair.


The boat tour was followed by some famous deep dish pizza... 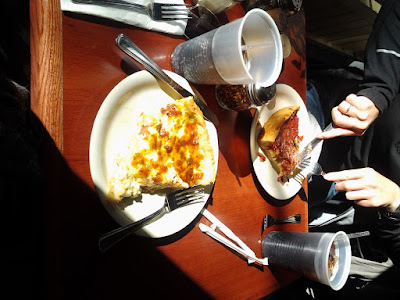 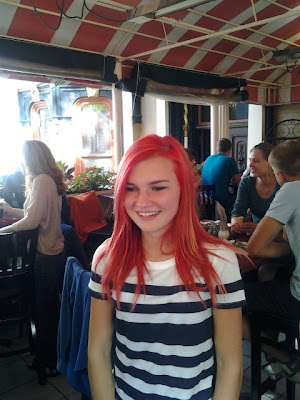 And of course more pictures of the three best friends that anyone could have. 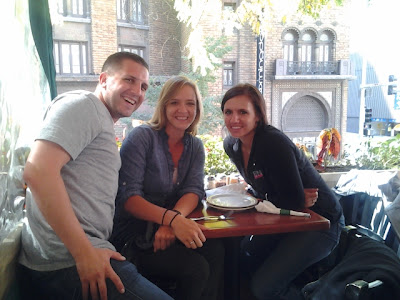 Is it obvious that I love my family yet? Greatest people ever.
Good times