October 15, 2012
Recent runs:
Saturday: 5 miles with four 1/2 mile intervals at 6:45 pace, 1/4 mile RBI. Painful but thankfully I had Robert as bike support. He always knows when to talk to me and when to stay quiet. Best ever.

Sunday: A very awful run. Set out for 10 miles but made it only 7 before I called it. Cold, windy and terrible. 8:30 average pace. (And thanks, Robert, for suffering with me. And for rubbing my biceps mid-run.)

Friday was football back in my hometown where my little brother Petey is a senior. Go Giants! 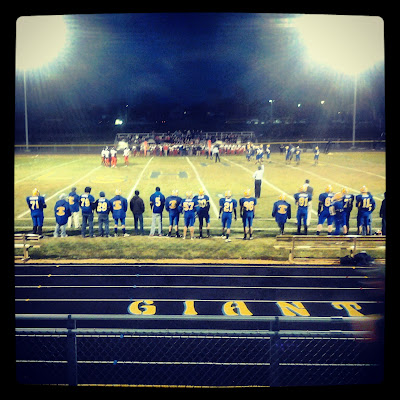 While home, my mom tried to convince me to take this cat they found in a storm sewer. He's probably five weeks old and very adorable. I told her I'd consider it once I move into my apartment at the end of the month. I understand that accepting it would likely be accepting a lifetime pass into Cat Lady Land.

I was house/pet-sitting this weekend which involved monitoring some chickens, two cats and a dog. One of the perks was collecting eggs every day. 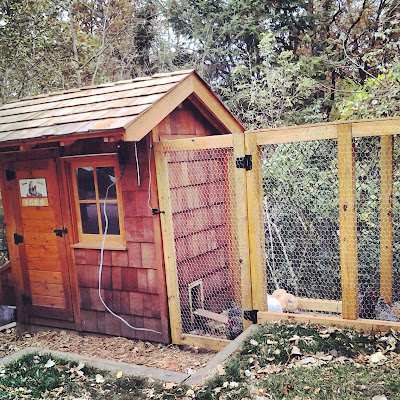 ﻿
﻿It was also my brother Matt's 15th birthday so I zipped up to my dad's for dinner and family QT. For some extra cardio, I jumped on the trampoline with my little brother Sammy (he's 9) and he told me I had "the moves" when I did a flip. I felt like that was a pretty big compliment coming from him. Or anyone, really, because I definitely do not have "the moves."

He also showed me three machine guns that he made himself out of paper.

So that's my weekend.*

*Mostly. Some things I don't put on the internet.
Good times