August 27, 2012
First, this: I haven't run since last Sunday's 18 miler. My knee is still protesting and despite eight days of rest, it still refuses to cooperate when it comes to bending, climbing stairs, or putting all of my weight on it. An MRI might be on the horizon because this is ridiculous.

Second, despite my bum knee, I wanted to go to the State Fair because 1) I love it and 2) I love food. I went early (read: pre-crowd and pre-heat)  this morning with little sister Amy and friend John.


We started in the Miracle of Birth barn where a cow was in the final stages of labor. When we saw hooves coming out, Amy finally understood that babies aren't delievered by storks and we left to go find food (because who doesn't get hungry after watching a live birth?).

So in honor of the cow's hard work, we ate a dairy-heavy breakfast:

Clearly the sweet needed to be balanced with the salty. Enter the World's Greatest Food! 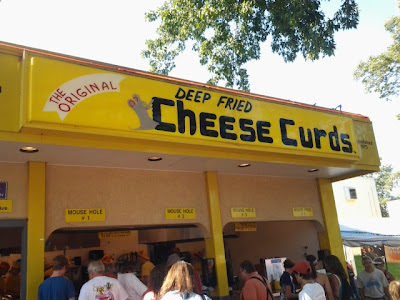 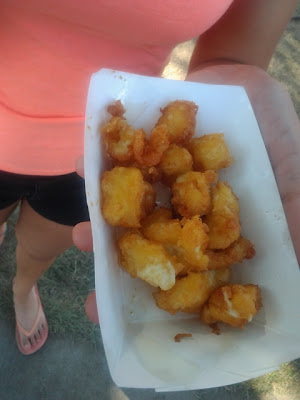 All of that salt made me thirsty so this happened: 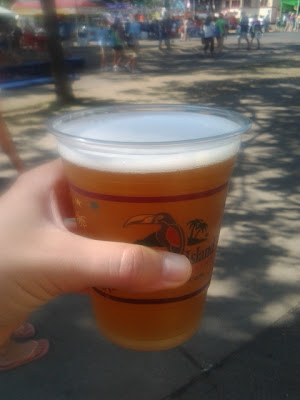 To those of you who think that 11 a.m. on a Monday is too early for a beer, then you'll be happy to know that this is probably just a frothy glass of apple cider. Probably.

I really thought this next thing would be life-changing but sadly it left much to be desired.

Luckily, our disappointment was short-lived, as we were within striking distance of one of the Fair's staples:

I LOVE YOU, MINNESOTA STATE FAIR! Can't wait to see you next year!