monthly
1. Do something ridiculously nice for someone.
Rest assured that I'm making very intentional efforts with this. I'm just not going to write about it here, at least not yet.

2. Make cards and mail them to people who make my life awesome.
I made one for my brother in January and totally dropped the ball in February and March. I have some catching up to do.
3. Try new restaurants.
I made it out a lot in January but spent half of February out of the country and most of March as an invalid. I did make it to Spoonriver (good food) and Northeast Social (totally my vibe) in February and I think I ventured out to The Lowry (average, but it's in my neighborhood) in March, too.  I might have to be more intentional about this one, especially since I'm still searching for the perfect Gimlet.
4. Read books.
I'm making progress with this! I read Crazy Love last month and now I've moved on to Bloom. It's an incredible story and the pictures are amazing. If you want a little preview, watch the book trailer below or check out her blog.

one time deals
I have made zero progress on any of these.

5. Paint something to hang in my apartment.

6. Get a tattoo. (This one is on hold until I'm off blood thinners, per the doc. After much help from a very resourceful friend, I do have the design that I want.)

8. Go one week without buying anything. 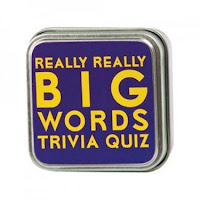 9. Expand my vocabulary.
I picked up this fun game a few months ago and stumbled upon this website (careful, it's addicting). I've all but kicked my cursing habit, too.

12. Get faster, stronger and healthier.
Now that I'm officially cleared to run, I'm starting a real training schedule, one that will hopefully get me on track to run a fast half come late winter or early 2013. Training plan to come.