Showing posts from April, 2012
Show all

race recap: get in gear half marathon

Oh boy. For those of you that live in Minnesota, you know what awful race weather we had yesterday. Cold. Wind. Rain. I'll say right off the bat that this was one of the most mentally taxing races for me but I wasn't running this for myself. I was running it for Ann . pre-race I woke up around six before my alarm even went off and met Ann in the kitchen for a cup of coffee to get things moving . (If you were on twitter, you likely saw all the pre-race poop talk.) During breakfast I was trying to decide on what to wear during the race. It wasn't raining yet and I thought that I might be able to survive in just shorts and a long sleeve.  As I was about to walk out of the bedroom, I thought about being rained on, how long we would be out there and how bad it would hurt to chafe. Shorts off, capris on. Best decision ever. Ann, Jay and I We got to the race and parked about a half-mile away. At this point it had started to rain and as we walked across the Ford
2 comments
Read more

week in review and pre-race relaxing 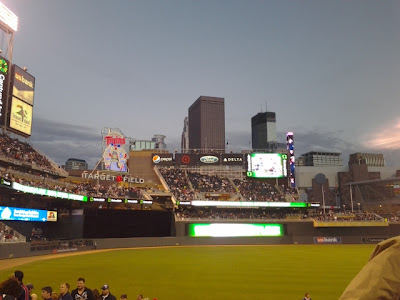 Completely uncharacteristic of me, I have not been home one night this week and tonight I am comfortably at Ann's as we prepare to run the Get in Gear Half Marathon tomorrow morning! (For full details, check out Ann's post from this morning.) After a great dinner, Ann is forcing me to watch Bridesmaids, which I still haven't seen. Yes, I am writing this between fits of laughter and ' oh my gosh 'es. But here's a peek back at my week, complete with phone photos. monday night Twins game with Ann, Colleen and AnnMarie. I think we stayed in our seats for like four innings and then walked around looking for Sour Patch Kids. Newsflash: Target Field doesn't believe in selling candy based on my cravings. tuesday night Dinner at The Bachelor Farmer with Robert (amazing food), then sign making with Colleen for the race. Actually, I was more like creative support/wine consumer while Colleen did all of the actual art work. Many of the signs border
Post a Comment
Read more

my first race & other weekend activities 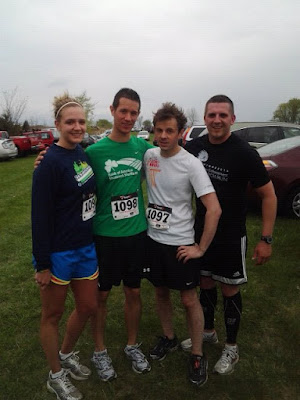 Saturday was the first time I've pinned on a race number since Ragnar Relay last August. I ran the the Trail Mix race at Hyland and I found three other poor souls to do the 50K relay with me. Relay is misleading because it's not a relay at all, rather a team event where everyone runs the 7.75 mile loop together and then all our times are added up. Because I haven't been running much lately, I wanted to run this just for fun and stayed with my brother the whole time. We both crossed the finish line at 1:13:29, roughly a 9:27 pace. Since we had speedy dudes on our team, we ended up finishing 22nd overall (out of 95 teams) and 5th in our division of uneven mixed. Not too shabby.  Team "Three Men and a Lady" It was actually a great day for the race weather-wise but by the time I got home, my sweat had cooled me down significantly and I was freezing! I spent a good twenty minutes just trying to warm up in the shower before jetting off to see my two lit
3 comments
Read more

so many exciting things 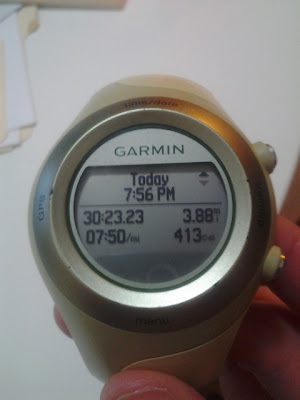 Let's start with tonight and then backtrack: I had a meeting at work tonight that got out earlier than I thought, which meant that I had a decision to make: Gorge myself on leftover cheese bread and wine at home OR go for a run (both stress relievers, obviously).  I weighed those two options on the way home and thought seriously about how I'd feel after each. Verdict: The run won and I ran my quickest miles in a long time, all sub-8. Earlier today, though, Chilly Billy's Two Punch Tuesday sounded a siren call and I found myself face down in this: more candy than fro-yo But backing up to last night, this: ﻿ this is Ingrid Michaelson, my best friend Ingrid Michaelson! She played at the Guthrie, on a stage set for I don't know what play, but it incredible. By the end of the show, I had decided that we were best friends. The concert was preceded by dinner at Yum! Kitchen and Bakery , which is just a short walk from my apartment. It was a
1 comment
Read more

April 15, 2012
Here's to making it count this week. Make It Count from Casey Neistat on Vimeo .
Post a Comment
Read more 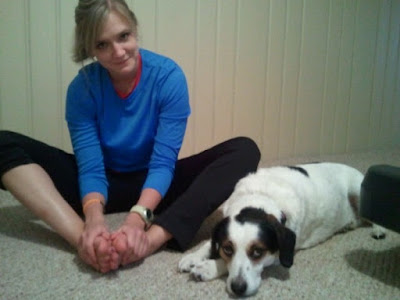 I've gone running the last 4 out of 5 days. Every fiber of my being is so grateful that I am able to do this again. On Wednesday night I went for a run with Ann .  It was one of those glorious spring nights; cool, but sunny enough to make you want to stand with your face turned up to the sky just to capture its warmth. The trees are budding and the grass seems so vibrantly green after our white winter melted to reveal a brown earth. All of this, though, will soon give way to a muggy summer. For everything there is a season... After our run- where three miles on Ford Parkway flew by as we chatted about training, running shoes, running injuries, upcoming races and jobs- we sunk onto Ann's basement floor for a little foam rolling and stretching. Biscuit the dog helped. We're best buddies, though he refused me puppy kisses. Ann gets credit for this photo, which I stole off her blog. Aside from Ann being one of the most genuinely nice, awesomest (it's a word
2 comments
Read more

In early January I posted 12 goals  for 2012. Here's an update on where I am. monthly 1. Do something ridiculously nice for someone. Rest assured that I'm making very intentional efforts with this. I'm just not going to write about it here, at least not yet. 2. Make cards and mail them to people who make my life awesome. I made one for my brother in January and totally dropped the ball in February and March. I have some catching up to do.     3. Try new restaurants. I made it out a lot in January but spent half of February out of the country and most of March as an invalid. I did make it to Spoonriver  ( good food ) and Northeast Social  ( totally my vibe ) in February and I think I ventured out to The Lowry ( average, but it's in my neighborhood ) in March, too.  I might have to be more intentional about this one, especially since I'm still searching for the perfect Gimlet.     4. Read books. I'm making progress with this!
Post a Comment
Read more 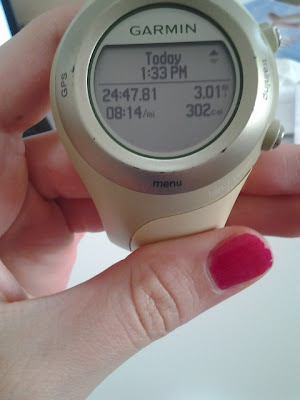 After my busy week left no time for running, I decided today would be the day I would kick off more serious training since being cleared to run . The weather was rainy and cold and I reminded myself that April showers bring May flowers as I threw on a pair of shorts, grabbed a hat, windbreaker and my Garmin and hit the road for three miles. Running through the cold rain, the kind of weather that makes your bare legs turn pink and shocks your skin, made me feel tough. I cruised through my first quarter mile at a 7:10 pace before catching myself and slowing down.  Rookie mistake #1: Going out too fast. I severely underestimated how hard it was raining. A mile in, my coat and shorts were absolutely soaked, causing me to move my car key fab to an inside pocket in a vain attempt to keep it semi-dry. Rookie mistake #2: Not dressing for the weather (and thinking that windbreaker and raincoat are one in the same). By mile two I was just praying that I'd make it to mile t
Post a Comment
Read more 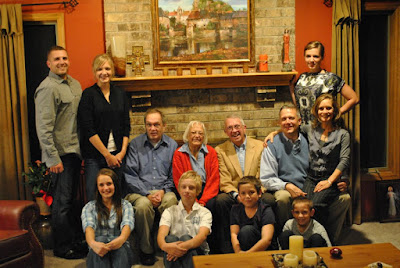 What a week. What a month. What a year! 2012 has brought with it so many surprises, some good, some bad.  India . Pulmonary embolisms . And now this. Last Sunday marked the first day in April, so when my dad's message began with I'm on my way to the hospital...   I'm thinking Ha ha, April Fools until he said ... because Grandma fell and broke her hip. My Grandma Geri is 83. She and my Grandpa have been married 60 years. Here we are (some of us) celebrating their anniversary in October. About two years ago she was diagnosed with dementia and the progression of it has been shockingly rapid. She lives at home with my Grandpa and has been able to take care of herself, but even tasks like cooking and laundry are challenging. Her short-term memory is literally nonexistent but she remembers us and past events just fine. Her breaking her hip will undoubtedly be a turning point in their lives. I went to the hospital on Sunday to see a very foggy Grandma. Four people came
Post a Comment
Read more
More posts