Showing posts from July, 2011
Show all

How quickly the tides turn! After my track workout with Minnesota R.E.D on Tuesday, I left thinking I would join some of them for the Rice Street Mile that was run tonight. Yesterday I had 13 miles on tap but decided to break it out to 7 in the morning and 6 later that night. However, after my AM run, I was having a lot of hip pain. Given the fact that I was planning on racing a mile, I figured I'd hit the bike at the gym instead. As I was leaving the gym, I suddenly felt a sharp pain in the ball of my foot, kind of like a charley horse. It got worse and worse on the walk to my car. I figured it was just a muscle spasm and thought that it would feel better by the time I got home. It didn't. After icing and ibuprofen, I went to sleep hoping that I'd feel better in the morning. I didn't. Not willing to admit defeat, I packed my running gear in hopes of still making it to the Rice Street Mile just in case I miraculously recovered. I spent all day at work rolli
2 comments
Read more 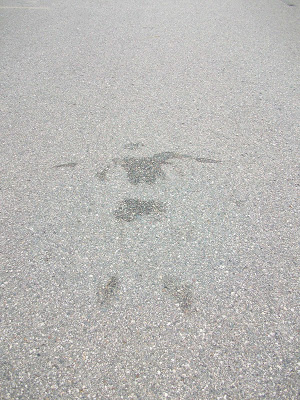 This past week in my training can be summed up with this photo: Post long run Sunday morning Planned- 55 miles Actual- 56 miles Monday Rest Took an Intro to Yoga class. Tuesday 8 miles w/ 10x100 meter strides Set out early in the morning and knew almost immediately it was going to be a bad run. It was really hot and I just wasn't feeling it. I quit after 5 miles and hit the treadmill at Life Time Fitness that night to finish up my three remaining miles and strides. Via Here's the thing: Running fast on a treadmill (sprinting) is HARD. I think my balance needs work because I always feel like I'm going to fall off.  Any tips? Wednesday 12 miles 12.17 miles; 1:37; 8:03 average pace Got an early start and ran the lakes to ensure that I'd have enough water. Struggled on this run. Combo of heat, lack of sleep, not eating beforehand and mental stress. Ran the second half faster than the first, which is always good. Thursday 5 mile recovery 5.53 mil
2 comments
Read more

Don't watch this if you hate laughing

July 21, 2011
Some things have happened over the last couple weeks that have me thinking a lot about honesty. In particular, a good friend of mine has found herself in a rather unsavory situation, all because she chose to ignore the warning signs and red flags she saw. For a while I questioned how she could be so stupid. Then I got a slap in my judgemental face when I realized that I am guilty of doing the same thing. Quite simply, it's denial.   Denial : An unconscious defense mechanism characterized by refusal to acknowledge painful realities, thoughts, or feelings . ( source ) Essentially it's like you're lying to yourself but deep down, you know.  Y ou know . Admitting it means that life will change, usually not in a pleasant way. And often the fear of that change overwhelms the desire to move out of a place of half-truth. Here's to moving forward.
1 comment
Read more

Off the recommendation of several people, I picked up the book  Advanced Marathoning a few months ago.  I love reading about anything related to running or training so this book was a welcome addition to my ever-growing library of Runner's World, Running Times, Women's Running, and essentially any book that has "run" in the title. For the past two years, I've been writing my own training plans. In all of my prior marathon training, my weekly mileage never surpassed 50 miles a week. I also wasn't cognizant of my pace during runs and would run all of them at the same speed. With the goal of running a sub 3:10 marathon this year, I knew that I would have to shake something up with my training. For the past few months, I've been working on building a consistent base of 45 miles (+/-) a week. I've been feeling really good and decided to start the 55-70 mpw plan with the hope that the additional miles will bring my fitness to a higher level.  I'll m
2 comments
Read more

July 17, 2011
I have the awful habit about writing about dilemmas and then never writing about resolutions. So here we go: The Shoe Situation Status: Solved, sort of I've been running in the Saucony Ride for over a month now and I do like them, but I'm not sure that they're exactly what I need. Compared to my beloved Mizuno Riders, these feel like pillows on my feet. I'm not the type of gal that needs a lot of cushion so this is neither good or bad. Next on my shoe list is a pair of racing flats because then I might actually beat 90lb high school girls in my next 5K. The Work/Life Balance Problem Status: In Progress I think it was pretty safe to say that I was feeling a bit overwhelmed  a while ago. Many things were piling up, both at work and in my personal life, and it was hard to see the light at the end of the tunnel. But This too shall pass . And it did. I'm still trying to find a solid equilibrium between all the time-sucks in my life but saying "no" is
Post a Comment
Read more

The Genius of Running

July 16, 2011
I read this quote in the gym the other day and it resonated with me. I'd like to think it applies to marathoners or any distance runners. Enjoy. Perhaps the genius of ultra running is its supreme lack of utility. It makes no sense in a world of space ships and supercomputers to run vast distances on foot. There is no money in it and no fame frequently not even the approval of peers. But as poets apostles and philosophers have insisted from the dawn of time there is more to life than logic and common sense. The ultra runners know this instinctively. And they know something else that is lost on the sedentary. They understand perhaps better than anyone that the doors to the spirit will swing open with physical effort. In running such long and taxing distances they answer a call from the deepest realms of their being – a call that asks who they are… – David Blaikie
Post a Comment
Read more 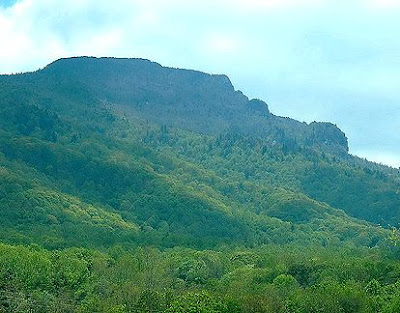 Last Thursday night I ran The Bear Run , a 5-mile race up Grandfather Mountain in Linville, NC. This is Grandfather Mountain. It's supposed to look like the side profile of a man's face: his chin at the bottom, nose, eyes and eyebrows. Use your imagination. Anyway, it's roughly 1540 feet up from where we start in the town of Linville. I ran this race two years ago while I was living in North Carolina. At that time, I did some intensive hill training with a local running group and thought that I was as ready as ever to run. That year I ran the Bear in 53:00 minutes. This year I hadn't done any specific hill training, at least not regularly, and therefore didn't have any goals for this race. I was just running for fun. The race started at 7pm and had over 800 registrants trying to get into two parking lots at the base of the mountain. Thankfully my habit of being ridiculously early to races paid off and we were one of the first cars in the lot. Spectators we
2 comments
Read more

My name in lights

July 09, 2011
Or the Henderson Independent. But I'll take it. Records fall at Kraut Fun Run﻿ For the second year in-a-row, the womens course record for the Sauerkraut Days 5K Fun Run fell and for the third year in-a-row Andrew Gerdts took home the mens title. Jessica Eibs, a member of the Sibley East cross country team, took ninth overall and set a new womens course record with a time of 19:52. Eibs outlasted previous course record holder Hannah Schroeder who finished right behind Eibs at 11th with a time of 19:57. Schroeder also bested the previous record set by her in 2010 of 20:48. For the third year in a row Andrew Gerdts took home the mens title with a time of 17:28. This was five seconds off the mens course record set by Gerdts in 2009 at 17:23. Gerdts was challenged for much of the race by local Sam Straub. Straub hung with Gerdts for about two and a half miles before fading.    Straub finished with a PR at 17:49. Straub was followed by Alex Wischnack at 18:12, Chris
1 comment
Read more 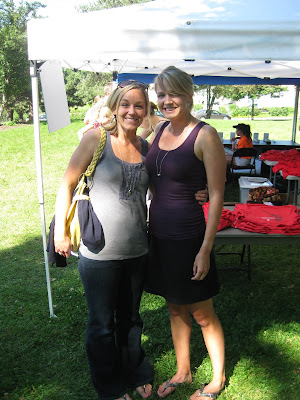 3:30 - What time I woke up this morning to get to our race, the Red, White & Boom! TC Half Marathon which started at 6:30 1802 - number of people that finished, including Maia from Reasons 2 Run , who I met when she came to pick up her packet on Sunday night.  I sorta felt like a stalker but she was so nice! Being the great blogger she is, she popped out her camera for a quick picture that I managed to look really awkward in.  So nice to meet you, Maia! We need to run together soon! I totally stole this off Maia's blog 0 - Number of fireworks I saw on this 4th of July 43 - Hours til I leave  to go on a short vacay to North Carolina to run The Bear and visit with some old friends 1500 - Feet I will climb over five miles on Thursday night 10 - How excited I am (scale of 1-10) for the trip, not the race. The race will be pretty tough given my complete lack of hill training. It'll be a miracle if I can make it to the top. 5 - Minutes before I fall asleep Go
1 comment
Read more
More posts