September 05, 2010
I'm still here. I've been incredibly busy these past six weeks (new job, new apt, lots o' running) and haven't had much time to blog. AND I also don't have Internet in my apartment. I'm currently "stealing" it from the Starbucks across the street.

Rather than bore you with paragraphs about what I've been up to, I'll let some pictures do the talking.

Over the past six weeks I've...

Moved.
I don't have a picture to illustrate this because I was too busy moving to care about taking pictures so use your imagination. Sorry to let you down right off the bat. 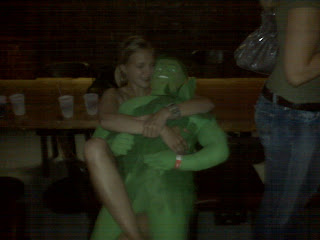 Fine, not really. (I should note that this photo was taken after I spent several hours at a wedding reception and then had some beverages to celebrate my aforementioned victory. Benefit of living in a small town #278: News travels fast that you won a road race and people like to buy you drinks. Le Sueur, represent!)

Been treated for possible Lyme Disease. 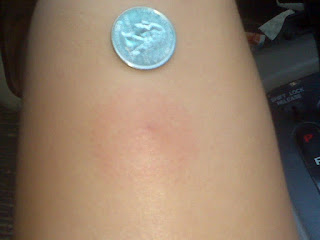 It's a little hard to tell but I had a HUGE "target"-like bite on my leg and I have no idea how I would have been bitten by a tick. I did a round of antibiotics just to be safe. 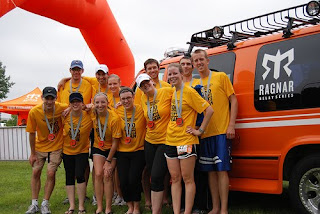 SO much fun! I definitely recommend doing a relay if you haven't done one!

Registered for the Des Moines Marathon! 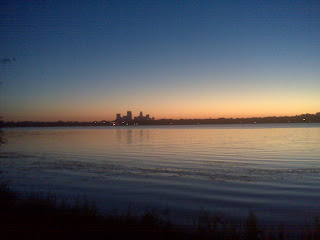 I've never been a morning runner but this is certainly one of the perks.... sunrise at Lake Calhoun. I've already hit new weekly and monthly mileage highs and September is my most intense month!

And of course, I've been working quite a bit. It's crunch time over at Twin Cities In Motion as we gear up for the Twin Cities Marathon, now less than a month away.  Become a fan on Facebook or follow us on Twitter and you'll get a glimpse into what I do every day. All posts and Tweets are brought to you by yours truly.

Til next time, Happy running!